While travelling across Russia one day, as you do, by train, on your way to Ulan Butah and then Beijing, one morning a group of shy, Mongolian, 19 year old medical students came and filled the doorway of my carriage.  We were about to cross the border from Russia into Mongolia later on that day.

Would you mind storing something in your carriage for us until we get across the border?

Every warning that the Department of Foreign Affairs website has ever hosted has contained some variation of “don’t take anything for anyone across any border ever”.

Seeing our shocked and doubtful faces they quickly added.

Knowing that few people actually admit the true nature of what they are asking you to smuggle on their behalf, I wasn’t moving.  My unworldly travelling companion was quicker than I however and quipped that it would be fine then.

Within seconds the boys were back expertly lifting up our bottom bunks to reveal a storage container we had never even seen, and stacking paper carton upon paper carton of the orange juice brand we had seen all over Russia.

The fierce looking Mongolian immigration guards never even bothered looking in our cabin although they went through the one next door pretty thoroughly, revealing only the requisite amount of orange juice allowed to be imported, per person, to Mongolia.

Thanks, thanks so much!

The students came bounding into our cabin immediately afterwards, full of smiles and gratitude that lasted for the next few days, until they disembarked with their full load of contraband, enough to sell on the black market and make a handsome profit to further fund their medical studies.  Fresh fruit, vegetables and their derivatives are not produced in Mongolia (which is mostly desert) and so come at a premium price.

It isn’t the first time I have snuck food into a country.  Italy has fantastic food.  Italian cuisine is varied, fresh, simple, and consists of much more than pizza or pasta.  They don’t however import or make any of our food, none of it.  So there is no other food available in Italy than what makes up their indigenous cuisine.  Fabulous enough, however when one is facing Winter without crumpets, baked beans, stilton cheese, marmalade, and tinned tomato soup, for the umpteenth time, things can get desperate.

It is a little known fact and hard to explain in a culture such as ours (Australia) where you can get dozens of different countries cuisines, their ingredients, their desserts, their sauces and flavours, that nothing that is not Italian, made in Italy, or eaten by Italians can be had in Italy.  For example you will never, ever find sticky date pudding on the menu, an iced donut anywhere, a slice of cheese cake in a café, a mud cake, mushroom soup, a potato cake, a lamb chop two weeks either side of Easter, sliced bread in a packet, coriander, parsnip, rhubarb, passion fruit, the list goes on.  Like the French they are fiercely protective of their own nations’ producers and most Italians wouldn’t dream of experimenting with another countries food.  Indians eat Indian food, French eat French food, Americans eat their version of food, and Italians eat Italian food is their understanding of the world.

Hence my need to go to London every Autumn and stock up so I can survive the Winter ahead on my non Italian Winter comfort food.  Heathrow however is the centre of search and control practices for keeping airports safe.  You and your bags can be searched at any time and anywhere. Waiting in a boarding queue, one year, after stocking up, I got selected for a search of my hand luggage.  Up onto a large table surrounded by burly, male British air port workers went my small suitcase.  The large security guard, surrounded by all his mates, unzipped it carefully and found it hard to hide the surprise on his face as he encountered a suitcase full of crumpets, marmalade and tins of tomato soup which came tumbling out onto the table and floor.

Ey up!  What’s all this for then? He said as he and his mates were lining packets of crumpets up alongside my suitcase.

I…..I…..I live in Italy…….came out as the only response I could muster.

Even as I was saying it I realised how ridiculous it sounded.  Most Brits go to Italy to FOR the food, they don’t take theirs with them.  Sniggering and laughing into his sleeve, he winked at me knowingly while he zipped it back up again.

Oh, aye, luv, I get it, there’s nothing worse than not bein’ able to have yrrr bit o’ crrrrumpet when you want it.

I lugged away my weighed down suitcase with the sound of laughter in my ears, my face as red as the tomato soup I was carrying and just ordered on line from Fortnum’s and Mason’s after that.

Standard, poor and negative are three words not usually associated with Italy.  But last week they were, in the Economist news magazine.  The Standard and Poor (S&P) credit rater, downgraded Italy from a “Stable ” rating to a “Negative” rating.  It is concerned about Italy’s lack of economic growth.  That Italy appears to owe more than they earn, therefore alarming the credit raters about their ability to pay it back.  The Economist also reported that most Italians were happy with this situation as it meant that the government, weighed down with debt, wouldn’t be sticking their noses into individual Italians business, as they would be too preoccupied with fixing the country.

When I first arrived in Italy, 17 years ago, I read with alarm the economic reports concerning the financial health of the country that I was earning and saving money in.  I considered exchanging my hard earned cash into US$, or sending it all back to Australia, as it appeared that any minute the economy would collapse.  Italy has always looked different on paper than it does on the ground. 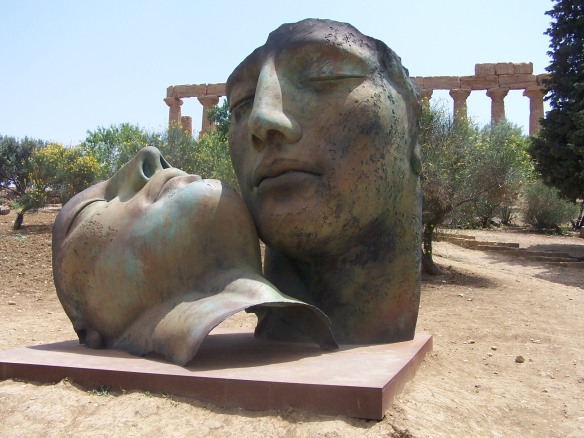 Like the stealthy, Sicilian peasant that only uses cash and looks like any minute his house will fall apart, Italy has a way of always appearing to have less money than it actually does.  Most Italians practice this, whether to hide their actual worth from each other, or from the government, I am not sure, but these are some of the ways that I was introduced into the “double” economy of Italy.

1. Less prevalent now, but many restaurants will offer you two kinds of bills, one cheaper bill written on a piece of paper, and another slightly higher on an official receipt that will need to go through the cash register.  Usually you will be offered the cheaper bill first, if you accept, everyone’s a winner baby!

2. When I paid my rent, part of it was by a cheque for which I received a receipt, part of it was cash with no receipt, which meant my rent was slightly cheaper in return for my landlord not having to declare all of it.  This was such a common practice amongst all my ex-pat friends that I had initially assumed it was actually part of the Italian (legal) system of paying rent.

I found banking hard to take seriously also.  Especially when while cashing my first pay check, the teller demanded, with a smirk, my phone number in return for cashing my pay check.  Or when I started to have enough money in my bank account to be taken seriously as a customer and I was called in for the “investment” chat with the bank manager who outlined the various products the bank could offer me.  When I asked which one he used, he replied that all his money was under his mattress. 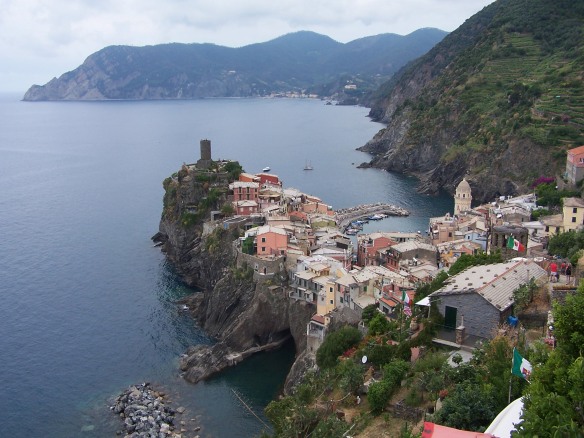 So I don’t worry about my money any more when Italy receives a negative rating from a credit rating company on the other side of the world, based on faraway, first world, economic rationalist type data.  I just go and have a coffee with my bank manager, pay the Barrister cash with no receipt, and send my money to Switzerland before the government can find out anything about it. 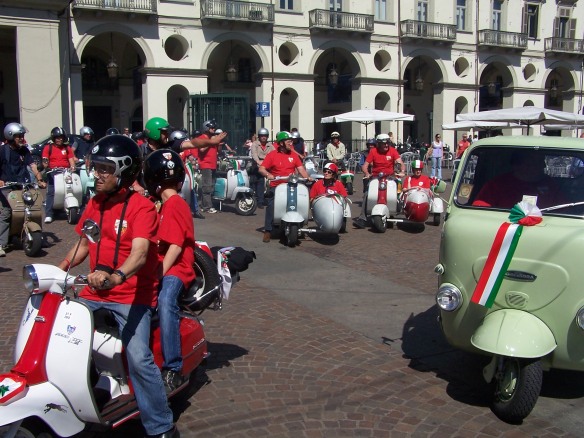 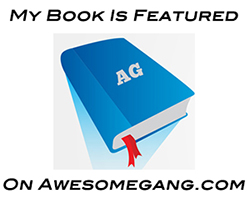