Hi everyone and apologies for the lack of posting over the past few months.  I injured my neck and shoulder (too much stting at my computer!) and needed to have a complete break from it.  Finally here it is, the last four reasons it is great to be Italian (and live in Italy).  Enjoy!

Italy has the same amount of time as everywhere else obviously, but somehow life seems to linger there and fit, in a more balanced way, to the 24 hours alloted to each day.  I never get the sense of being rushed in Italy, or expected to do too many things at once, or that I will miss out on something if I don’t.  In fact rushing (di fretta) is often used as a slight rebuke.  If someone says to you ‘Hai fretta’? (are you in a hurry?), it is usually not because they want to help you out, but because they want you to chill out and stop upsetting everyone around you. 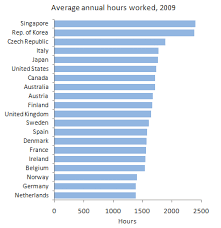 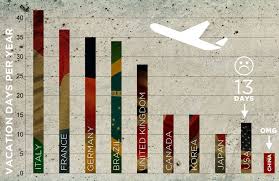 There is a timetable in Italy for doing things, from eating and shopping to working, holidaying and resting, dictated by the seasons, connected to nature, and supported by ritual.  Many of the things I have already referred to – expectations that you will eat a long and proper lunch, resting,  only participating in activities that are right for the current season, celebrating as much as possible.  These all create the ability to live in the present, as well as expectation and hope for the seasons to come, which bring with them their own new activities, celebrations, food and rituals.  Somehow by spacing things out, taking time in between them, living in the present yet being secure in the knowledge of what is to come, and by repeating activities that are connected to the natural world around us, Italians have created more room in their lives than I ever feel I have anywhere else.

8. No one talks about work outside of work.

I could be cheeky and add that often no one talks about work while actually at work, but I do not want to perpetuate the perception (mostly because of the above points), that Italians are somehow lazy.  As I have said before, being one of the 8th most productive countries in the world, is not the achievement of the lazy.  But I find that in Italy you are not what you do.  There is always a question about work, between friends and at social gatherings, but the question is usually ‘Do you have work?’, not ‘What do you do for work?’.  If the answer to the first question is ‘yes’, the conversation usually stops there, as the most important part of work here is whether you have a job or not (and it always has been).

Italians talk about politics, food, love, holidays, art, love, food, music, philosophy, love, literature, food and sport much more than they talk about work.  I have known some of my Italian friends for years before I actually knew what they did for work.  In Italy it tends to be more relevant how else you spend your life.  Also because for the most of the decades since WW2, work has often been scarce.  People tend to take what they can get.  A person with a PHd in Chemistry might be working as an administrative clerk in an aid organisation, someone with a Masters degree in languages might be managing a video rental store, and a brilliant musician might be teaching Primary school.  It is generally accepted that any work is good work, and that who you are and your interests, may not be reflective of that work.  And that you are one of the extremely fortunate ones if it does. 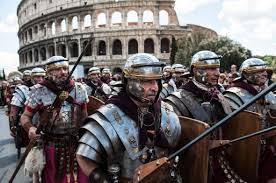 Even at work, having a conversation that creates a relationship is far more important and effective in getting things done than merely discussing the tasks.  I once worked with a team of people that began each morning talking in detail about what they eaten the night before for dinner, where they had bought the ingredients and how they had prepared them.  Not only did I earn a wage and create an effective outcome with this team, but I learnt why my Melanzane alla Parmagiana was never as tasty as everyone elses, how to prepare Mozzarella in Carrozza (fried cheese sandwhiches), and where to find pumpkins. 9. You only eat what is in season.

Speaking of pumpkins, the first time I felt like making some pumpkin soup in Spring I couldn’t understand why the green grocer just laughed at me, or why he treated me as though I was slightly mad when I asked for strawberries in Autumn.  Where I grew up, everything was available all year round and nothing tasted like the season fruit and vegetables I began to eat in Rome.  The first time I ate a peach it tasted like it had flavouring added to it.  I had never eaten vine ripened fruit.  It is much easier to sit down to a meal of mostly vegetables, or to eat a dessert of only fruit if they taste the way they taste in Italy.

Eating what is only seasonally available means also that you look forward to eating certain things at certain times of the year, make the most of them, and enjoy saying goodbye to them as you anticipate the next season’s bounty.  It provides a structure for life when certain tastes, flavours and dishes only come around once a year and contributes to that sense of space and time that seems to occur in Italy.

10. Everyone in the world wants to be you.

If I had a dollar for every person I have heard say ‘I am Italian on the inside’ or ‘my soul is Italian‘, I would be rich.  Why is it that I can travel to over 45 countries and ALL of them have Spaghetti or Pizzza on offer?  Why is it that everyone who can afford one buys a Prada or an Armani something? Why do 48 million people visit Italy every year making it the 5th most visited country in the world? Why is owning a Ferrari on every male’s (and quite a lot of females) secret wish list?  Because the world wants to be you! 🙂 If we could bottle Italy and take it out on a grey, cold work day, when we are sitting at our desks eating heated up left overs out of a plastic container over our computer, or while we are congregating in a shopping mall full of machine-made things from millions of miles away rubbing shoulders with strangers who won’t make eye contact, or when we are walking at night across a vast and people less, council built, strip of community park or concrete play ground hurrying to get to our next appointment/activity, then life would be just that little bit better.  Don’t you think? 🙂