Today’s continuation of Top ten reasons to be Italian (and live it Italy).

4.  You get to eat the BEST and BIGGEST Easter Eggs ever! 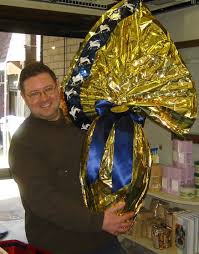 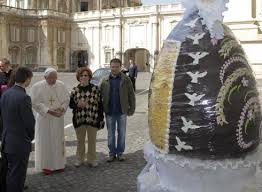 Easter is taken seriously in Italy, and nowhere more so than with the giving and receiving of Easter Eggs.  They are the most colorful, ornate and decorated eggs I have ever seen!

Yes the siesta is alive and well.  And before you scoff just remember that Italy is one of the G8 countries which means it is one of the 8 most productive countries in the world.  (Confirming research that shows sleep and work/life balance actually contributes to sustainable effort) .  At 1.00pm until 4.00pm each day all shops and professional services (lawyers, dentists, doctors, accountants) shut their doors to partake in an appropriate lunch (Top 10 reason no.1) and then snooze, rest, sleep it off before starting the second half of the working day from 4.00pm til 8.00 (this doesn’t apply to office workers who have to power on with only a lunch and a walk followed by a stiff coffee to keep them going).  I particularly love this quiet part of the day where my suburb shuts down and a peaceful silence descends. 6.  You get to have two birthdays.

I love birthdays and was determined to make a big fuss over my husband’s birthday when we were first going out.  Imagine my surprise when four months earlier than his birthday, his parents, siblings, niece and nephew, God-mother, friends and colleagues all began calling early in the morning to wish him a ‘Happy Onomastico‘ (Happy Name-Day), delivering gifts and asking him ‘what was he was doing for his onomastico?’

It is a tradition in Italy to be named after a Saint or after a family member (who was originally named after a Saint) and each Saint has a special day of the year named after them.  San Vincenzo is April 5th and all those guys who are named Vincenzo celebrate their Onomastico on that day.  Same with San Francesco(a), San Guiseppe, Sant’ Alfredo, San Valentino etc.

There are cards, cake, presents, celebrations.  How is that not like a birthday? 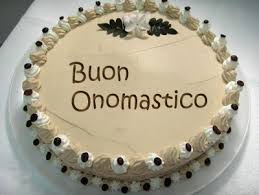 Next time, the last four top reasons to be Italian. 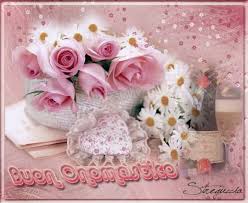 2 thoughts on “Top ten reasons to be Italian (and live in Italy) cont.”